The makers of MacKeeper — a much-maligned software utility many consider to be little more than scareware that targets Mac users — have acknowledged a breach that exposed the usernames, passwords and other information on more than 13 million customers and, er…users. Perhaps more interestingly, the guy who found and reported the breach doesn’t even own a Mac, and discovered the data trove merely by browsing Shodan — a specialized search engine that looks for and indexes virtually anything that gets connected to the Internet. 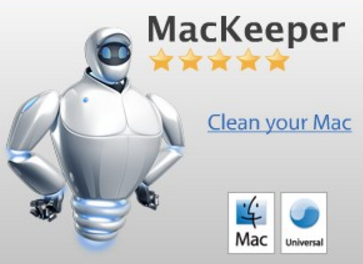 IT helpdesk guy by day and security researcher by night, 31-year-old Chris Vickery said he unearthed the 21 gb trove of MacKeeper user data after spending a few bored moments searching for database servers that require no authentication and are open to external connections.

Vickery told Shodan to find all known instances of database servers listening for incoming connections on port 27101. “Ports” are like doorways that govern access into and out of specific areas of a server, and each port number generally maps to one or a handful of known Web applications and services. Port 27017 happens to be associated with MongoDB, a popular database management system.

In short order, Vickery’s request turned up four different Internet addresses, all of which he later learned belonged to Kromtech, the company that makes MacKeeper.

“There are a lot of interesting, educating and intriguing things that you can find on Shodan,” Vickery said. “But there’s a lot of stuff that should definitely not be out there, and when I come across those I try to notify the owner of the affected database.”

Vickery said he reached out the company, which responded quickly by shuttering public access to its user database, and publicly thanking him for reporting it.

“Some 13 million customer records leaked from is aware of a potential vulnerability in access to our data storage system and we are grateful to the security researcher Chris Vickery who identified this issue without disclosing any technical details for public use,” the company said in a statement published to its site totday. “We fixed this error within hours of the discovery. Analysis of our data storage system shows only one individual gained access performed by the security researcher himself. We have been in communication with Chris and he has not shared or used the data inappropriately.”

Kromtech said all customer credit card and payment information is processed by a 3rd party merchant and was never at risk.

“Billing information is not transmitted or stored on any of our servers. We do not collect any sensitive personal information of our customers,” the statement continues. “The only customer information we retain are name, products ordered, license information, public ip address and their user credentials such as product specific usernames, password hashes for the customer’s web admin account where they can manage subscriptions, support, and product licenses.”

Vickery said Kromtech told him its database had been inadvertently exposed as a result of a server misconfiguration that was introduced just last week. But Vickery said he doubts that’s the case, because some of the Shodan records he found that pointed back to Kromtech’s database were dated mid-November 2015.

“The funny thing is, I don’t even own a Mac, and I had never heard of MacKeeper until last night,” Vickery said. “I didn’t know it was some sort of scamming scareware or software that pushes itself on people. The irony here is pretty thick.”

Vickery said he was able to connect to the database that Shodan turned up for him just by cutting and pasting the information into a commercial tool built to browse Mongo databases. Asked whether he’s worried that some clueless organization or overzealous prosecutor might come after him for computer hacking, Vickery said he’s not concerned (for background, see the controversy over bone-headed cases brought against researchers under the Computer Fraud and Abuse Act).

“It’s a concern, but I’ve made peace with that and you can’t live your life in fear,” he said. “I feel pretty confident that if you configure a server for public access — without authentication — and it gets publicly accessed, that’s not a crime.”

I admire Vickery’s courage and straightforward approach, and his story is a good reminder about the importance of organizations using all of the resources available to them to find instances of public access to sensitive or proprietary data that shouldn’t be public.  Consider taking the time to learn how to use Shodan (it’s actually fairly intuitive, but some data may only be available to paying subscribers); use it to see if your organization has unnecessarily exposed databases, networking devices, security cameras and other “Internet of Things” devices.

Finally, if you’re a MacKeeper customer and you re-used your MacKeeper user password at other sites, it’s now time change that password at the other sites — and not just to your new MacKeeper password! For more password do’s and don’ts, check out this primer.

This entry was posted on Monday, December 14th, 2015 at 3:51 pm and is filed under A Little Sunshine, Security Tools. You can follow any comments to this entry through the RSS 2.0 feed. You can skip to the end and leave a comment. Pinging is currently not allowed.