U.S. state and federal law enforcement officials appear poised to tap into public concern over the terror attacks in France last week to garner support for proposals that would fundamentally weaken the security of encryption technology used by U.S. corporations and citizens. Here’s a closer look at what’s going on, and why readers should be tuned in and asking questions. 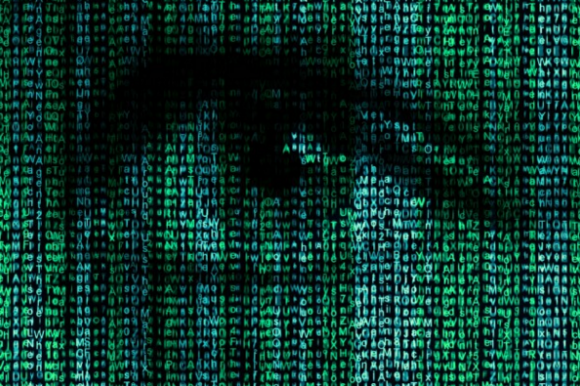 Despite early and widely repeated media reports that the terrorists who killed at least 128 people in Paris used strong encryption to disguise their communications, the evidence of this has failed to materialize. An initial report on Nov. 14 from Forbes titled “Why the Paris ISIS Terrorists Used PlayStation4 to Plan Attacks” was later backpedalled to “How Paris ISIS Terrorists May Have Used PlayStation 4 to Discuss and Plan.” Turns out there was actually nothing to indicate the attackers used gaming consoles to hide their communications; only that they could do that if they wanted to.

Politico ran a piece on Sunday that quoted a Belgian government official saying French authorities had confiscated at least one PlayStation 4 gaming console from one of the attacker’s belongings (hat tip to Insidesources.com).

“It’s unclear if the suspects in the attacks used PlayStation as a means of communication,” the Politico story explained. “But the sophistication of the attacks raises questions about the ability of law enforcement to detect plots as extremists use new and different forms of technology to elude investigators.”

Also on Sunday, The New York Times published a story that included this bit:

“The attackers are believed to have communicated using encryption technology, according to European officials who had been briefed on the investigation but were not authorized to speak publicly. It was not clear whether the encryption was part of widely used communications tools, like WhatsApp, which the authorities have a hard time monitoring, or something more elaborate. Intelligence officials have been pressing for more leeway to counter the growing use of encryption.”

After heavy criticism of the story on Twitter, The Times later removed the story from the site (it is archived here). That paragraph was softened into the following text, which was included in a different Times story later in the day: “European officials said they believed the Paris attackers had used some kind of encrypted communication, but offered no evidence.” To its credit, the Times today published a more detailed look at the encryption debate.

The media may be unwittingly playing into the hands of folks that former NBC reporter Bob Sullivan lovingly calls the “anti-encryption opportunists,” i.e., those who support weakening data encryption standards to make it easier for law enforcement officials to lawfully monitor people suspected of terrorist activity.

The directors of the FBI , Central Intelligence Agency and National Security Agency have repeated warned Congress and the technology community that they’re facing a yawning intelligence gap from smart phone and internet communication technologies that use encryption which investigators cannot crack — even after being granted the authority to do so by the U.S. courts.

For its part, the Obama administration has reportedly backed down in its bitter dispute with Silicon Valley over the encryption of data on iPhones and other digital devices.

“While the administration said it would continue to try to persuade companies like Apple and Google to assist in criminal and national security investigations, it determined that the government should not force them to breach the security of their products,” wrote Nicole Perlroth and David Sanger for The New York Times in October. “In essence, investigators will have to hope they find other ways to get what they need, from data stored in the cloud in unencrypted form or transmitted over phone lines, which are covered by a law that affects telecommunications providers but not the technology giants.”

But this hasn’t stopped proponents of weakening encryption from identifying opportunities to advance their cause. In a memo obtained in August by The Washington Post, Robert Litt, a lawyer in the Office of the Director of National Intelligence, wrote that the public support for weakening encryption “could turn in the event of a terrorist attack or criminal event where strong encryption can be shown to have hindered law enforcement.”

To that apparent end, law enforcement officials from Manhattan and the City of London are expected on Wednesday to release a “white paper on smartphone encryption,” during an annual financial crimes and cybersecurity symposium at The Federal Reserve Bank of New York. A media notice (PDF) about the event was sent out by Manhattan District Attorney Cyrus R. Vance Jr., one of the speakers at the event and a vocal proponent of building special access for law enforcement into encrypted communications. Here’s Vance in a recent New York Times op-ed on the need for the expanded surveillance powers.

Critics say any plans designed to build in secret “backdoors” that allow court-ordered access to encrypted communications ultimately would backfire once those backdoors were discovered by crooks and nation states. In her column titled “After Paris Attacks, Here’s What the CIA Director Gets Wrong About Encryption,” Wired.com’s Kim Zetter examines security holes in the arguments for weakening encryption.

The aforementioned Bob Sullivan reminds us that weakening domestic encryption laws would simply ensure that the criminals we wish to monitor use non-US encryption technology:

“For starters, U.S. firms that sell products using encryption would create backdoors, if forced by law.  But products created outside the U.S.?  They’d create backdoors only if their governments required it.  You see where I’m going. There will be no global master key law that all corporations adhere to.  By now I’m sure you’ve realized that such laws would only work to the extent that they are obeyed.  Plenty of companies would create rogue encryption products, now that the market for them would explode.  And of course, terrorists are hard at work creating their own encryption schemes.”

“There’s also the problem of existing products, created before such a law. These have no backdoors and could still be used. You might think of this as the genie out of the bottle problem, which is real. It’s very,  very hard to undo a technological advance.”

“Meanwhile, creation of backdoors would make us all less safe.  Would you trust governments to store and protect such a master key?  Managing defense of such a universal secret-killer is the stuff of movie plots.  No, the master key would most likely get out, or the backdoor would be hacked.  That would mean illegal actors would still have encryption that worked, but the rest of us would not. We would be fighting with one hand behind out backs.”

“In the end, it’s a familiar argument: disabling encryption would only stop people from using it legally. Criminals and terrorists would still use it illegally.”

Where do you come down on this debate, dear readers? Are you taking advantage of the kinds of technologies and services — like Signal, Telegram and Wickr — that use encryption the government says it can’t crack? Sound off in the comments below.

This entry was posted on Tuesday, November 17th, 2015 at 5:13 pm and is filed under A Little Sunshine, The Coming Storm. You can follow any comments to this entry through the RSS 2.0 feed. You can skip to the end and leave a comment. Pinging is currently not allowed.